In 16th century, something really weird happened... In then-capital city of Poland, Cracow, there lived an evil dragon who was ruining people's lives - literally. This situation continued until a poor but clever shoemaker, formerly known as Skub, appeared and defeated the dragon with his power of inventive thinking. Thanks to this, Kraków is now free of dragons and up to this day you can visit the dragon's lair.

We made the animation sequences for an alternative version of this tale, written and performed by G.F. Darwin - YouTube content creators. Video has reached more than 1MLN views so far.

This project was a really fun adventure for us! We got inspired by lots of crazy medieval arts, and we faced the challenge to combine what we saw with more modern approach. 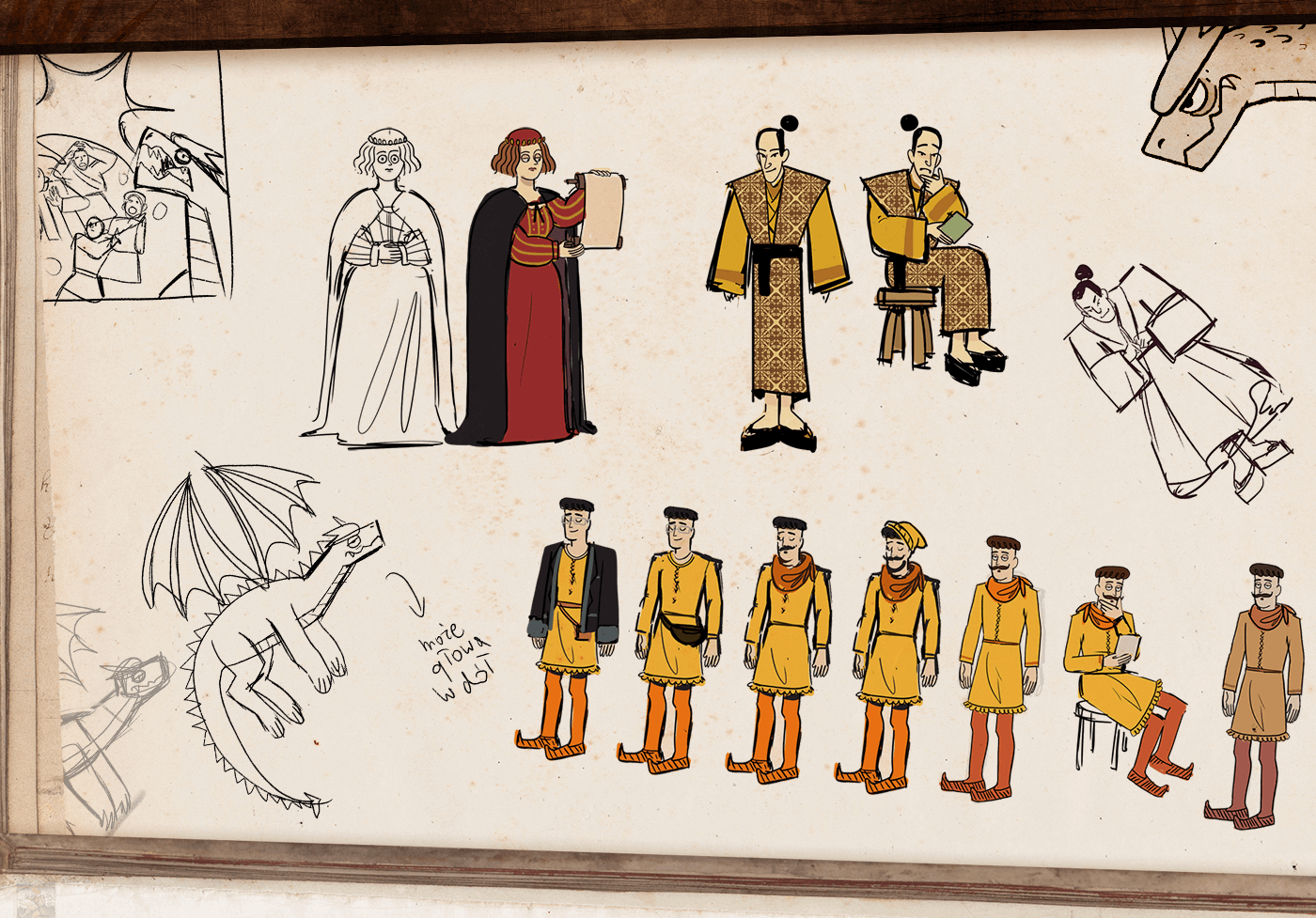